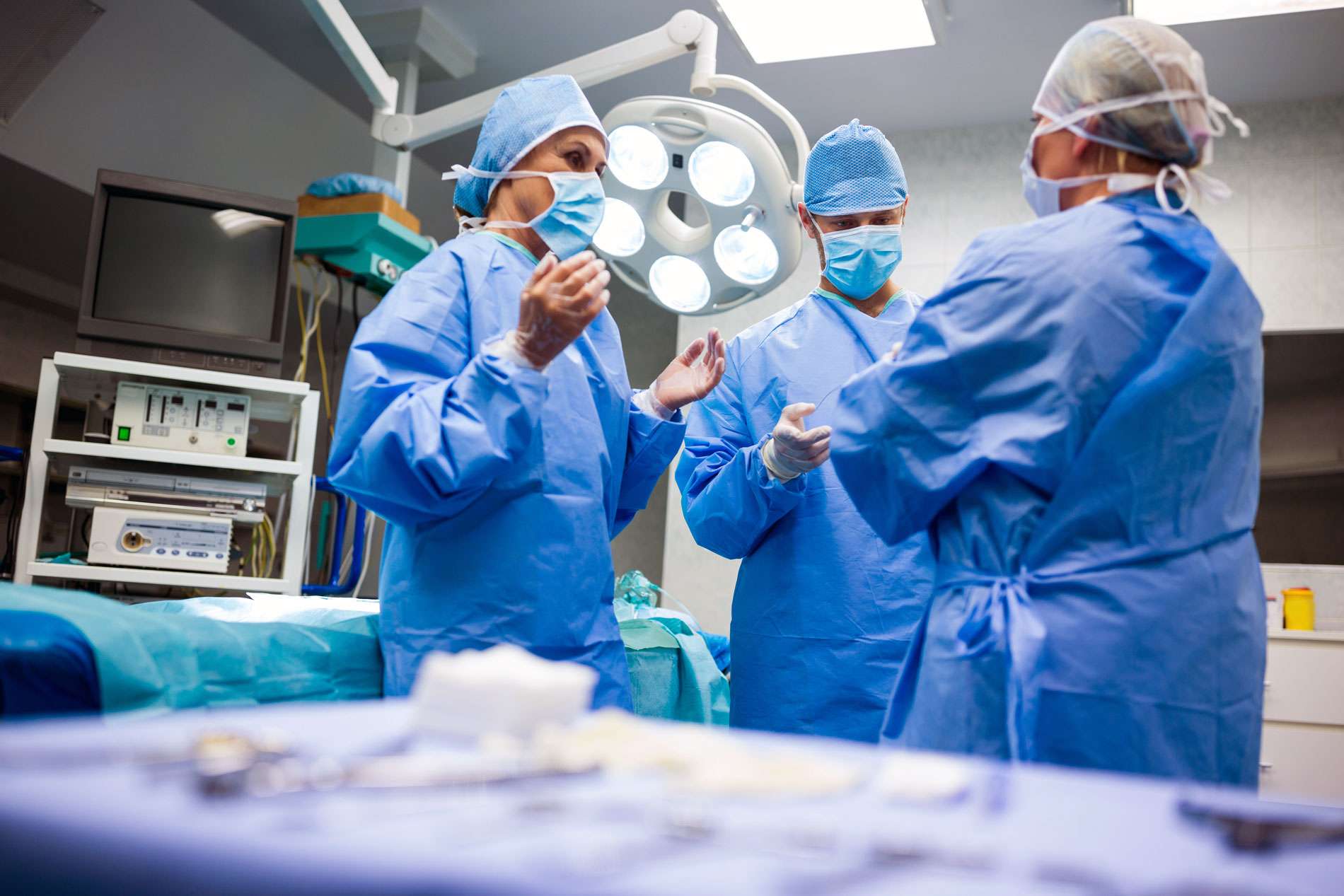 Aim: To understand the challenges associated with diagnosis and management of pulmonary adenocarcinoma in pregnancy.

Background: Lung cancer during pregnancy is a rare condition and most of the patients are diagnosed in advanced stages, thus have adverse outcomes even after treatment. Management of such cases poses a singular challenge to the treating doctors.

Conclusion: Pulmonary adenocarcinoma in pregnancy is a challenging clinical situation to diagnose and manage. Early stage diagnosis and individualised management is the key to
success. As there is limited data on the use of targeted therapy in pregnancy, further trials and research is needed. Clinical significance: Pulmonary adenocarcinoma in pregnancy is a life-threatening condition with aggressive behaviour and high mortality rates. It is of utmost importance to be thorough with the emerging trends in its diagnosis and management.

Cancer during pregnancy is rare affecting one in every 1000 gestations.1-4 The most common types of malignancies to complicate pregnancies are breast cancer, cervical cancer, lymphoma, melanoma, and leukaemia.1-3 Lung cancer in pregnancy is rarer with less than 70 cases published until now. Sotirios et al. published that 66 pathologically confirmed lung cancers in pregnancy have been reported in various case series.5 Most of the cases were diagnosed in advanced clinical stages with very poor outcomes. Non-small cell lung carcinoma is the most common histological type.6 Diagnostic procedures and treatment of pulmonary carcinoma in pregnancy is a challenging task as all the risks and benefits of diagnostic techniques and treatment need to be weighed. A limited number of case reports on this topic makes it more challenging. Rational management should consider the clinical condition of the mother and fetus, as well as the staging of cancer.7,8 We present a rare case of 38 years old IVF conceived female with dichorionic diamniotic (DCDA) twins diagnosed at 22 weeks of gestation with adenocarcinoma lung. She received targeted chemotherapy during the second and third trimester of pregnancy. She delivered healthy twins at 34 weeks of gestation by elective lower segment cesarean section (LSCS).

A 38-year-old, G2A1 woman conceived twins by in vitro fertilization in our centre. She had three prior IVF failures. She presented at 22 weeks of gestation with a dry cough followed by dyspnea on exertion. Auscultation revealed reduced air entry on the right side. There was no lymphadenopathy. X-ray chest performed with abdominal shield showed right-sided pleural effusion. Ultrasound thorax confirmed right-sided moderate pleural effusion (approximate volume of 1000 cc) with underlying atelectasis of the lung.

The patient was further managed till delivery by a multidisciplinary team comprising obstetricians, chest physician, oncophysician, fetal medicine consultant and a neonatologist.
She underwent ultrasound-guided therapeutic and diagnostic tapping of pleural fluid which was positive for malignant cells. Immunohistochemistry revealed nuclear positivity of cells to TTF1. The cells had strong exponential moving average (EMA) positivity. BerEP4 showed cytoplasmic and membrane positivity. Cells were negative for GATA3 and WT1. Weak calretinin positivity was seen. Immunohistochemistry indicated the lung as the primary site. The tumour markers were raised, CA-125–2130 U/mL and carcinoembryonic antigen was 502.
Computed tomography (CT) of the thorax with contrast showed a well-defined heterogeneous mass lesion of 3 × 2.4 × 2.3 cm in the posterior segment of the right upper lobe. Multiple nodular deposits were seen along the right major and minor fissure measuring 5–9 mm. Mildly enhancing pleural deposits were seen along the diaphragmatic pleura and parietal pleura posteriorly largest measuring 19 × 10 mm. There was a right pleural effusion seen with the passive collapse of the right lung. A small lytic lesion was seen in D10 vertebral body in the right half. Further investigation by MRI brain, abdomen and neck showed no evidence of metastasis. Biopsy of the lung mass showed features of adenocarcinoma. Immunohistochemistry was positive for cytokeratin, napsin, and TTF1 and negative for P40. Estimated glomerular filtration rate (EGFR) mutation was studied
which came out to be positive.

Extensive discussion on the pros and cons of either continuation or termination of pregnancy was done by the team of experts with the family members, including the patient, her husband, and her parents. They decided to continue the pregnancy. Targeted chemotherapy with gefitinib was started at 23 weeks of gestation. The patient tolerated chemotherapy well, although she had pustular eruptions all over the body. She was monitored clinically and by serial ultrasounds, which showed excellent response to the treatment, with decreased effusion and better aeration of the right lung. The fetus was monitored closely by a fetal medicine specialist throughout pregnancy by serial obstetric ultrasonography.

At 34 weeks of gestation with prior steroid coverage, an elective cesarean section was done. Healthy babies of 1.85 and 1.7 kg with Apgar scores of 8 and 9 were delivered. Amniotic fluid and placenta were sent for histopathological examination which did not reveal any metastasis. After the delivery, babies were examined in detail, and no visible anomaly was found. Screening for metastasis was done by USG abdomen, pelvis and brain which showed no metastatic lesion.

Whole-body positron emission tomography (PET) CT was done after 10 days of cesarean section which showed a reduction in the size of right lung lesion and reduction in sizes of pleural and fissural nodular lesions of right hemithorax.

In 2015, Sotirios analyzed 66 pathologically confirmed lung cancer reported in the literature from 1953 onwards and found that 97% of the cases were diagnosed in advanced clinical stages, and maternal survival found was very dismal. Twelve percent of treated women died within 1 month of treatment, and 70% had an overall survival of a few months.5 In this case, the patient was diagnosed at stage IV and has progression-free survival till date (6 months). There is limited experience of using chemotherapy in such cases in pregnancy. A systematic review of eight cases was published in 2010. Seven of those were treated with platinum-based regimens and one conceived while on treatment with erlotinib.7 In 2015 narrative review of 66 cases, more than half of the patients were treated in the postpartum period, among whom platinum-based therapy was given in 60.5%. Targeted therapy was given in six patients only.5 Not enough data are available to support the use of targeted therapy. In our case-patient was started on targeted therapy Tab gefitinib which is EGFR-TKI at 23 weeks of gestation, and the response was observed on monitoring by serial ultrasound and post-partum PET CT. In this case, we have illustrated the relative safety and efficacy of targeted chemotherapy in pregnancy.

Invasion of the placenta or fetus is a rare complication in carcinoma associated with pregnancy. Boussios et al.6 report three cases of fetal metastasis and 11 cases of placental metastasis. So, it is important to examine the neonate after birth and have a serial follow-up. Histopathological examination of the placenta is also strongly recommended. In this case, after delivery, babies were thoroughly examined. There were no visible anomalies and no signs of metastasis on imaging. Histopathological examination of the placenta revealed no evidence of metastasis. Adverse fetal effects and congenital malformations are known to increase if chemotherapy is given in the first trimester. When chemotherapy is given after the first trimester, the most common adverse effect is growth restriction. In this case, after a detailed discussion with the neonatologist and oncologist, an elective caesarean was done at 34 weeks, and there were no obvious adverse fetal effects.

Lung cancer in pregnancy is extremely rare and there is limited data that has been published on the same. Oncologists and gynaecologists should be aware that it is an emerging issue. Since lung cancer can occur in pregnancy and has aggressive behaviour, any suggestive signs should be thoroughly evaluated. The treating physician must be aware of this differential. Delay in diagnosis will have a markedly adverse impact on mortality. Before taking any decision regarding diagnostic procedures and treatment, the patient and the family should be explained properly about the clinical condition, prognosis, risks, and benefits of treatment. As there is limited data on the use of targeted therapy in pregnancy, further research and reports are needed.

CLINICAL SIGNIFICANCE Pulmonary adenocarcinoma in pregnancy is a rare condition with less than 70 cases published up till now. It is a life-threatening condition with aggressive behaviour and high mortality rates, therefore early diagnosis and treatment play a key role in managing such cases. It is of utmost importance to be thorough with the emerging trends in its diagnosis and management. We have illustrated in our case, safety as well as the efficacy of targeted chemotherapy in our patient. We have also emphasized that teamwork by a chest physician, oncophysician, fetal medicine specialist, and neonatologist along with the obstetrician plays a very important role in the management of such cases. The rarity of such cases and limited data and research makes it more important to report such cases. 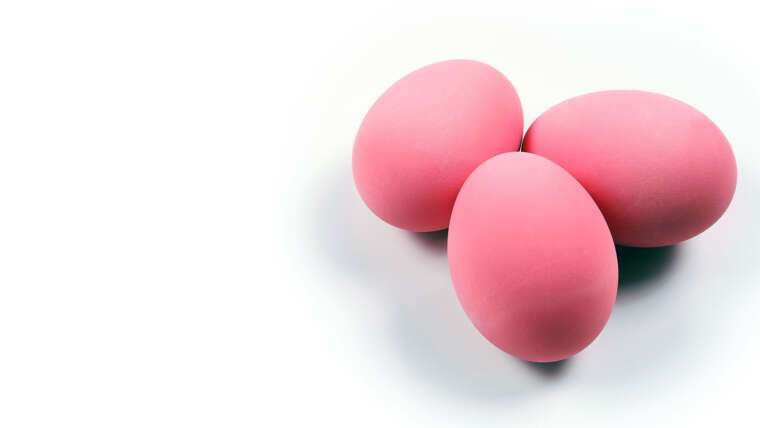 Can I Freeze My Eggs